Dr. Wright was born and raised in Casper, Wy. As a junior in high school he started working as kennel technician at a local veterinary hospital and a 30+ year veterinary career began. After graduating from high school he moved to Denver, CO to attend Bel-Rea Institute of Animal Technology, graduating with an Associate of Science in Animal Science in April 1987.

Dr Wright worked as a licensed veterinary technician in Denver until moving back to Casper. Back home he worked as the lead technician at Popish Animal Hospital for 3 years. In 1990 Dr. Wright moved to Manhattan, KS to begin studying for his doctorate. He did his undergraduate and veterinary school at Kansas State University, go Wildcats!!!! While studying he worked in the clinical pathology laboratory and was the emergency surgery technician until his senior year. Dr. Wright graduated with his Doctor of Veterinary Medicine in 1996.

After graduation Dr. Wright moved to Kingman and practiced medicine for 3 years, at which time he opened a practice in Bullhead City. After 11 years of owning Colorado River Animal Medical Center he sold the practice and moved to Yuma to practice at a local hospital. Dr Wright later returned to Colorado River Animal Medical Center as an associate veterinarian. Dr. Wright joined Kingman Animal Hospital in March 2020.

In his spare time Dr. Wright is an avid outdoorsman enjoying camping, fishing and hunting. 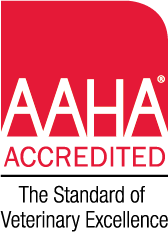